The Beverly Hills Chamber of Commerce advocates on behalf of local business community through the Government Affairs Committee (GAC). This group is exclusive to Chamber members and meets to address important issues such as: urban planning, transportation, real estate development, construction, taxation, and regional legislation that impact the business community.
This month’s meeting addressed the often-misunderstood issue of “Net Neutrality.” The GAC heard perspectives from both sides of the debate over the Federal Communications Commission’s (FCC) recent changes to existing net neutrality rules from two Professors from the University of Southern California, Mark Lloyd and Milan Miric.

Mark Lloyd is a clinical professor of communication, teaching in both the Communication School and Journalism School. From 2009-2012 he served as the associate general counsel and chief diversity officer at the Federal Communications Commission, advising the Commission on how to promote diverse participation in the communication field. Professor Lloyd spoke in favor of net neutrality.

Milan Miric is an assistant professor of Data Science and Operations at the USC Marshal School of Business. He has researched and written extensively on both digital innovation and competition for marketplace attention with ties to net neutrality and platform availability. Professor Miric spoke in favor of the recent FCC decision repealing rules on net neutrality.

Net neutrality is the principle that internet service should enable access to all content and application regardless of the source, and without favoring or blocking particular products or websites. A 2015 FCC Ruling Classified Internet Service Providers (ISPs) as “Common Carriers” which prohibited blocking, throttling, and paid prioritization; a recent 2017 FCC decision repealed this policy. Professor Lloyd argued that the current repeal of net neutrality is primarily based on partisan politics and could negatively impact access to content. Professor Miric believed that this repeal might improve competition but there are other factors that would need to be considered. Professor Miric used a pipeline analogy to describe the relationship between ISPs and content providers; ISPs control the pipeline that the content providers use to reach consumers. Professors Miric and Lloyd both believe it is too soon to determine the long-term effects of the FCC’s policy on the marketplace. Two factors that need to be considered which would impact the ruling are related regulations and who we as a society want to be the gatekeeper of the “pipelines.” 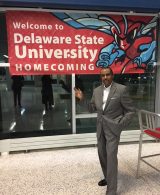