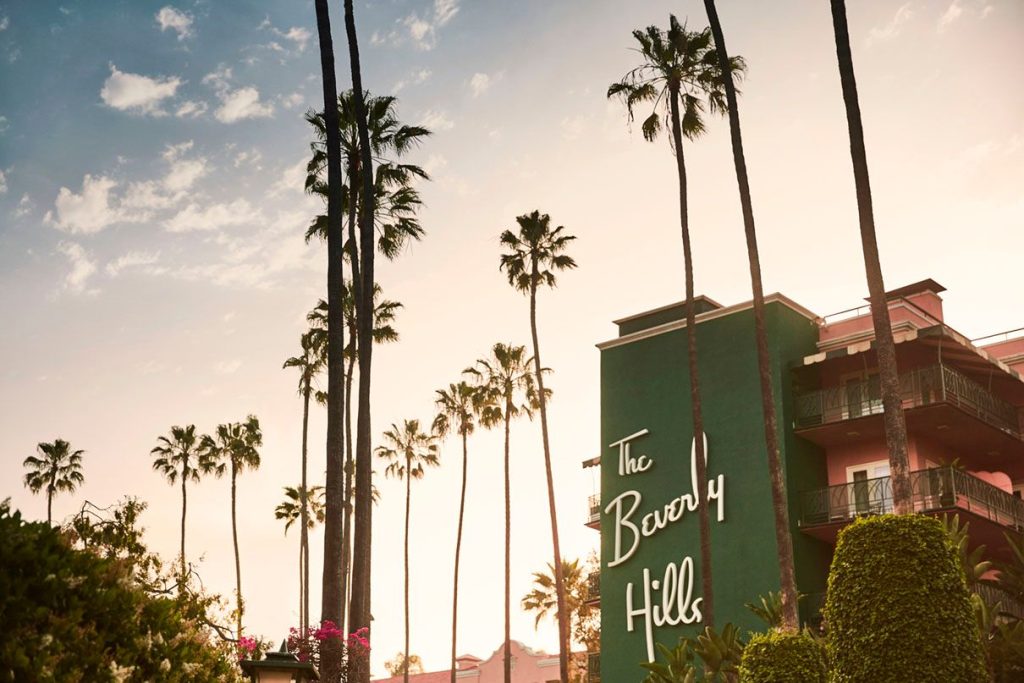 The Beverly Hills Hotel opened on May12, 1912, prior to the founding of Beverly Hills itself, and the city grew up around the glamorous hotel. To this day, the iconic property remains at the heart of the star-studded Beverly Hills community, and it is devoting all of 2022 to the 110th Anniversary celebration of its heritage not only as the first official landmark in Beverly Hills and second home to Hollywood royalty, but also as a standard-bearer in hospitality for future generations.

In celebration of its anniversary, the hotel is featuring the following special activities and offerings throughout the year for guests and locals alike.

This summer, the hotel is introducing a movie series at the iconic pool featuring films shot at The Beverly Hills Hotel throughout its history. Films will include Troop Beverly Hills, Beverly Hills Cop, and more. The movie screen will be set up poolside and guests will enjoy beautiful views overlooking the palm tree skyline while sipping on hand-crafted cocktails and tasting upscale cuisine. Guests will rent the poolside cabanas which can accommodate up to four people, creating a more intimate viewing experience. Tickets are available at https://www.sevenrooms.com/events/thecabanacafepool

The Beverly Hills Hotel served as a backdrop to Elizabeth Taylor’s life in California dating back to her childhood. Her father Francis, who inspired her love of art, had a gallery in the hotel’s promenade and she went on to be a frequent guest throughout her life. Affectionately known as the “Pink Palace,” The Beverly Hills Hotel’s famed bungalows was where Elizabeth Taylor stayed following six of her eight weddings. She regularly dined at the hotel’s iconic Polo Lounge where her ‘splurge’ day favorite of “fried chicken with mashed potato and lots of gravy” is still served, and celebrated iconic moments of her life such as her Oscar win for Butterfield 8 at the hotel. After her passing in 2011, Elizabeth Taylor’s family hosted a private memorial service in the star’s favorite Bungalow 5, which has been recently renamed “Elizabeth Taylor’s Bungalow 5.”

Guests and locals will have a chance to discover a variety of images featuring Elizabeth Taylor photographed by Bert Stern in a rare exhibition taking place in the lobby at The Beverly Hills Hotel August 1 – September 30. The hotel’s commission from the exhibition will go to the Elizabeth Taylor Foundation. 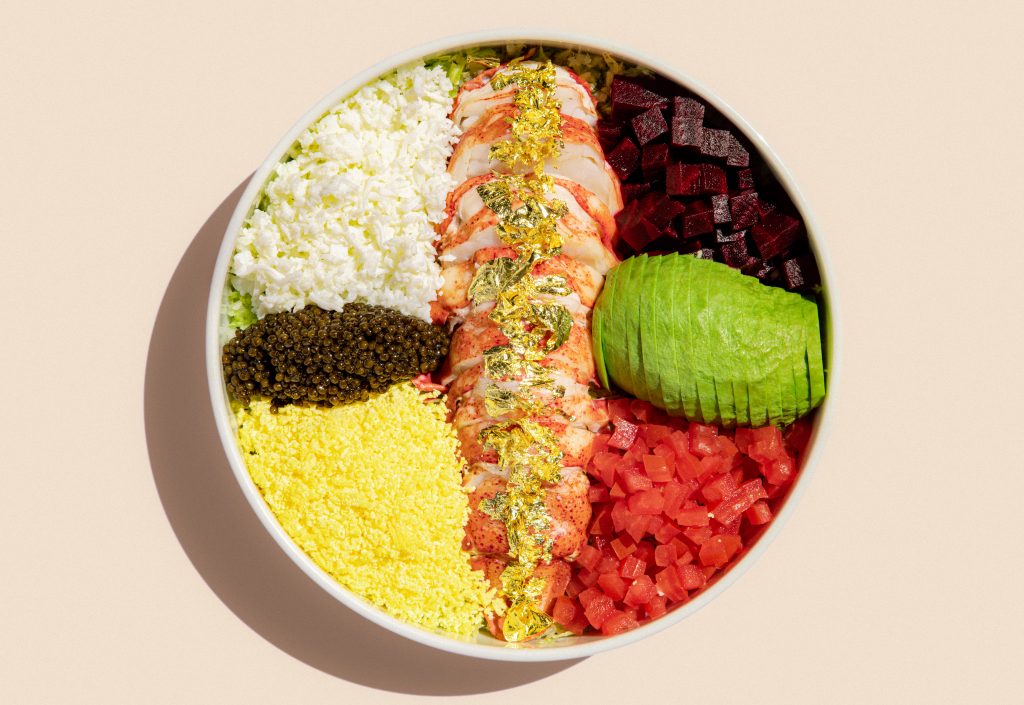 The Beverly Hills Hotel’s most celebrated dish is the McCarthy Salad, named in honor of frequent guest and polo player Neil McCarthy who was the captain of a local polo team in the 1940’s. One day in the Polo Lounge, he requested a very specific list of ingredients for a salad and his name-sake salad was born. The recipe has remained untouched for decades and has been a signature dish ever since. Nearly 600 McCarthy salads are sold in the hotel’s restaurants and through in-room dining each week.

Guests dining in the Polo Lounge from August through December will have an opportunity to upgrade the traditional McCarthy Salad for a mere $1912, the price of course honors the year the hotel opened. Servers will arrive to the table with white gloves and the salad will be garnished with gold leaf flakes, lobster, caviar and paired with a bottle of Dom Pérignon. The salad will be served in a commemorative bowl made by Bernardaud, the masters of French porcelain since 1863, that guests will then get to take home with them. The design is inspired by the hotel’s Martinique print that has adorned its walls since 1949. A portion of the proceeds will go to the LA Conservancy, in honor of the hotels’ legendary architect Paul Revere Williams. For reservations click here

Anniversary Libations in the Polo Lounge 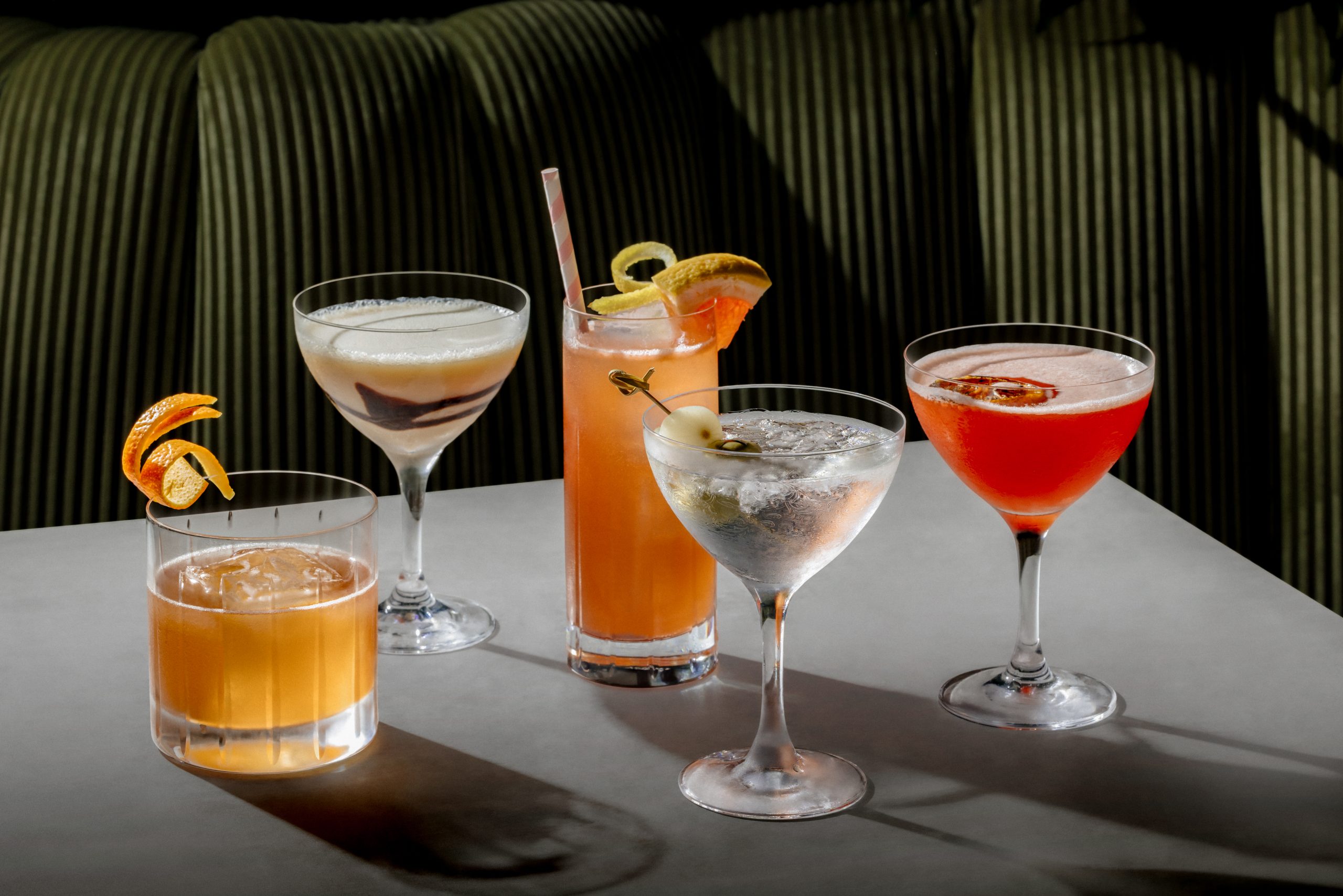 Toast to 110 years of legendary history by sampling one of the following specially created cocktails in the Polo Lounge.

Martini with olive and onion

Available in the Polo Lounge and Cabana Cafe through October 31. 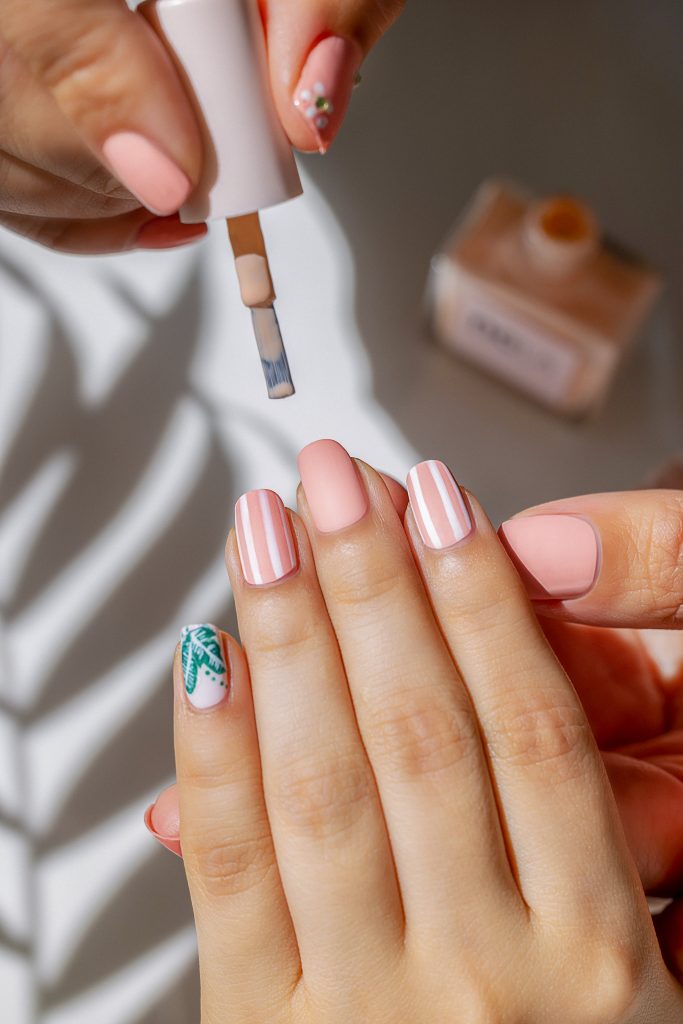 ll indulge in a 60- minute Beverly Hills Manicure followed by custom nail design by one of the expert technicians. Priced at $110. 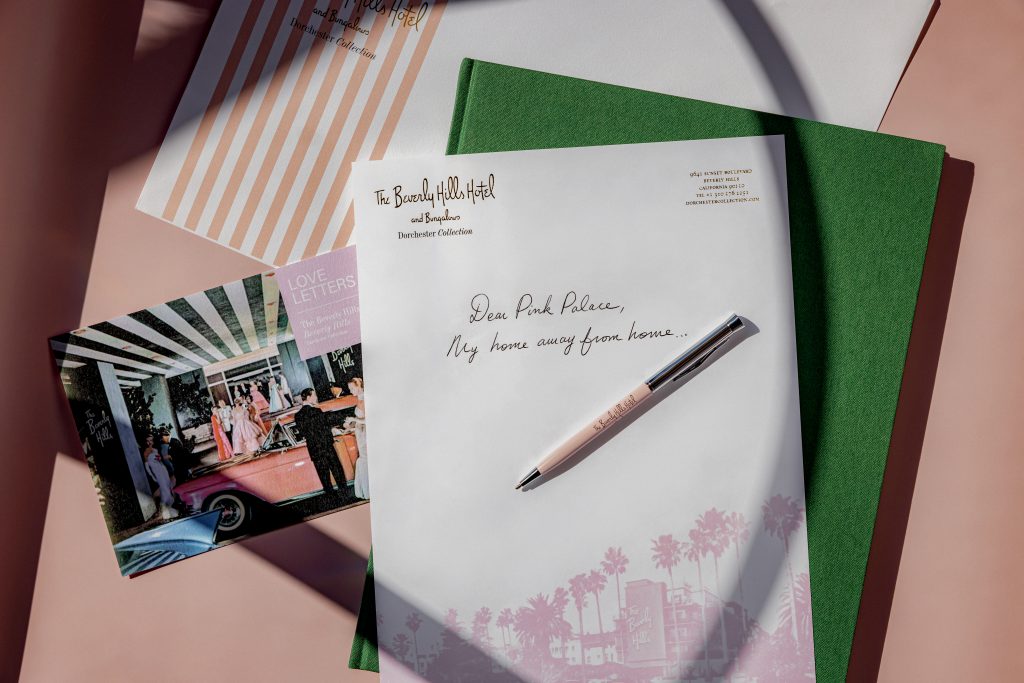 To honor the its legacy and illustrate the strong affection that guests around the world have for the Pink Palace, the hotel is asking guests to pen their ‘love letter’ to The Beverly Hills Hotel on a specially designed letterhead. The letters will be on display throughout the hotel and then will be archived to become part of the hotel’s rich history. For those wanting to participate in the initiative, they can access the e-letterhead here.

“Known as the epicenter of Hollywood, The Beverly Hills Hotel has been the favorite spot for generations of legendary stars and deal-makers. It is one of the most unique institutions in the world. Hollywood was built around our hotel and so was the city of Beverly Hills. Our guests enjoy knowing that when they walk up our red carpet, they are walking the same steps as virtually every movie star that has ever lived. This is something that, simply, cannot be replicated. We are very excited to be celebrating 110 years of incredible history, and look forward to welcoming future generations to The Beverly Hills Hotel,” says John Scanlon, general manager.

For more details on these celebrations click here and for reservations at The Beverly Hills Hotel, please call 310.276.2251

110 years of The Beverly Hills Hotel