Fairmont Century Plaza is Back 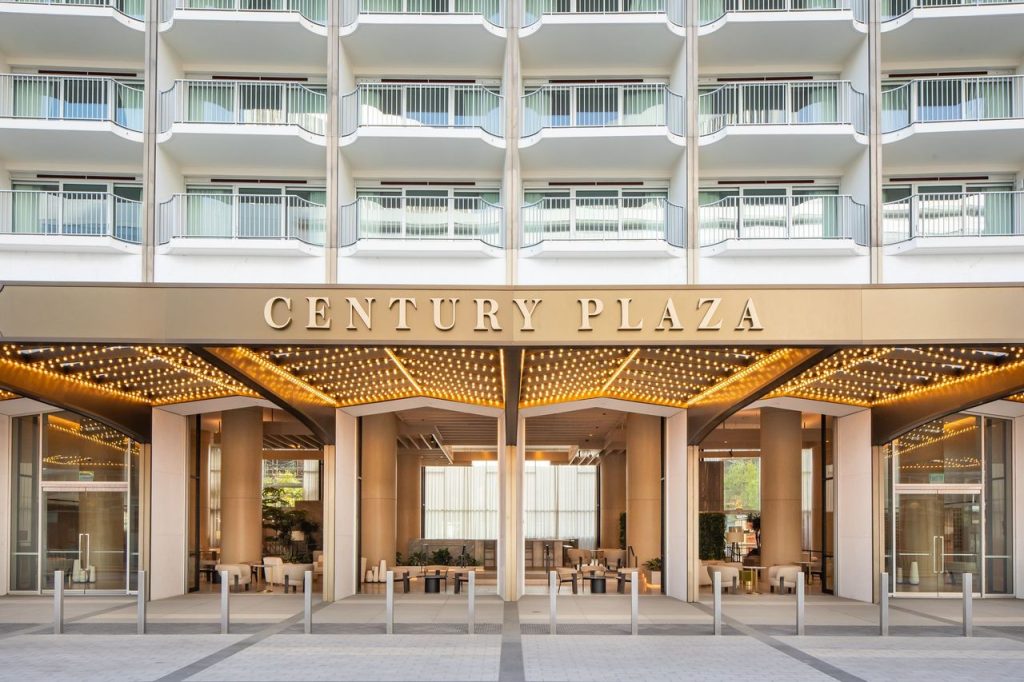 Completely re-imagined guest rooms and suites, all with private terraces, bring you the best the city has to offer. The hotel is at the core of a city within a city full of countless diversions, home to French brasserie, Lumière, the breathtaking 14,000 square-foot Fairmont Spa Century Plaza, fully equipped Technogym and a rooftop pool with unparalleled views of the cityscape. From iconic moments throughout pop culture to contemporary modern luxury – it is at the center of it all.

Transport yourself to 1920s Paris at Lumiére, our traditional French-inspired brasserie delivering sophisticated dining and legendary service. Lumière is a warm and inviting neighborhood spot where you’re treated like a regular, even if it is your first time in. At its heart, Lumière celebrates timeless bohemian glamour, with a fresh West Coast perspective. The team is led by visionary hospitality veteran Paul Quinn, Restaurant General Manager, with the menu overseen by Executive Chef Ramon Bojorquez. Featuring local, seasonal ingredients and refined dishes, brasserie favorites include French onion soup, steak frites, seafood towers and magnums of Champagne.

The restaurant embodies a design that is classic yet modern and chic, with authentically vintage furniture and fixtures paired with sumptuously rich jewel tones. Capitalizing on Los Angeles’ year-round good weather, Lumière encompasses more than 3,250 square feet of outdoor and flexible dining space.

As a showpiece of the hotel, Fairmont Spa Century Plaza is a 14,000 square-foot masterpiece designed to deliver experiences beyond those currently available in the local luxury market, reinventing spa culture and ushering in a new era of holistic wellness.

More than a spa experience, Fairmont Spa Century Plaza’s offerings unite ancient modalities of movement with state-of-the-art equipment, to transform awareness of what our bodies can achieve. Magdaleena Nikolov, General Manager of Spa, Wellness and Retail, has brought the best from around the globe to Los Angeles: a carefully curated network of partners, results-driven treatments, sophisticated technology, and first-to-market products. Designed by international design team Yabu Pushelberg, Fairmont Spa Century Plaza is a minimalist sanctuary of quiet and serenity. 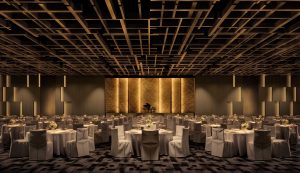 Major moments throughout history have taken place in our storied ballroom, from the Emmys to the Grammys to presidential state dinners. In fact, the hotel became known as the “Western White House,” as it was President Reagan’s preferred residence on the West Coast. The hotel has played host to nearly every president since Lyndon B Johnson. Now as Fairmont Century Plaza, the hotel will once again reclaim its place as the epicenter of annual award shows, industry events, fashion and film shoots and monumental art installations. With nearly 24,000 square feet of indoor meeting space and 4,000 square feet of outdoor rooftop space, a private events drive and three butler-service greenrooms, Fairmont Century Plaza is lavishly appointed with thoughtful amenities and expansive function space. The hotel’s 13,078 square-foot Los Angeles Ballroom is one of the city’s largest, ready to host the grandest of soirées in signature style.

An Evening with they Mayor 2021 Recap!